I was so flattered and a little intimated when I was asked to participate in this fun blog tour!  I used to watch Sewing with Nancy on PBS with my mom when I was little, before I knew PBS was cool (and would bring us things like Downton Abbey - but I digress).

I knew I was buying mrlouwho a kindle for Christmas and thought it would be really cool to re-purpose some of his old uniforms to make the outside of the keeper.  He had other plans though and ordered a leather cover before I had time to tell him what I had in mind.  It's okay, I forgive him...

After that, the longest part of the process for me was to figure out who to make this for (as I don't have a coveted tablet. Yet.) And then choosing the fabrics. Luckily, my sweet friend and neighbor just received an iPad for Christmas.  She lived in Okinawa for several years and I have some really cute fabric from Japan that my supplier a friend sent me.  I thought it would be a perfect combo - a salute to their many years in the Marine Corps and her time in Japan.

She didn't know what I was up to when I asked her if she had a spare name tape I could borrow for measurement purposes.  And then I asked her to come over so I could take a picture of the keeper with the iPad inside.  When I asked her if she wanted to see the front I closed it and handed it to her.  It took her a minute to realize I had sewn her name tape on and she was so surprised! And happy!  I'm not very good at surprises so it was fun to pull this one off! I think one of my favorite parts of making this was the Create-A-Strap interfacing. Just iron it on, fold, press and you're ready to go! The strap was so crisp and even and I didn't burn my fingertips once while ironing! I used hair elastics for the corners as they have grips on them that I think will hold a little stronger.  I liked the idea of using those stretchy headbands that are flat with the grips - but I didn't have one on hand. I've realized that I'm not very good at following patterns and I just have to dive in with fabric in hand and go for it.  This pattern was well written and easy to follow.  It had diagrams for every step and once fabric was selected and cut, I would say this only took me a couple of hours to put together.  It would have been faster but you know what it's like with little 'helpers' around.  :)

This plastic template is pretty ingenious.

I wish my clothing patterns would come like this!  It was so easy to mark placement lines, although I don't recommend using a pink marker on red fabric.  The templates will also make it really easy to reuse the pattern to make a different size.

I've told you before about my problem and fear of trying new things for fear of messing them up, well, I'm glad I made this.  And now I'm excited to make some more, in different sizes, for e-tablets and paper tablets!  I even think I want to make a little iPod Touch wallet.  I'll let you know how it goes.

The blog tour is going on for 20 days in January.  Here is a list of previous posts as well as who is next!  Be sure to stop and see what everyone is doing with their pattern!  It's really fun to see how unique each project is.

The lovely people at Clover have added a Giveaway to the Tablet Keeper Blog tour.

For chances to win one of three prize packs, please post comments on the post at Nancy's blog for an entry to win!

Thank you to Clover for sponsoring the Tablet Keeper Blog Tour!
Email ThisBlogThis!Share to TwitterShare to Facebook
Posted by amylouwho at 7:30 AM

It turned out great and I'm glad you were able to pull out the suprise so well. :)

I think this looks great, and I'm jealous of that pixelated camo fabric!

promise me when i get {yes when i get} a tablet, you'll make me a semper fi case.
pretty please.
i'll love you forever and ever. amen.

this cover is amazing.....i love the floral with the acu fabric.

Love it! So glad you had fun making it for a friend :)

It looks great! I love that pixel camo fabric.

I like it! And I've got to make one for Dan's birthday - so I might be using some of your ideas!

It looks awesome! And I love the pink hair elastics, perfect :)

that is seriously such a sweet gift!

want to be friends?

come shop with me! 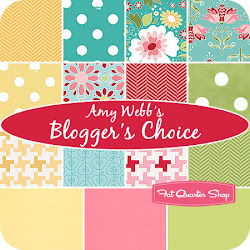